Secure your spot and get started today with our EXCLUSIVE offer!

By opting into the web form above you are providing consent for 4GK Martial Arts to send you periodic text messages. Standard rates may apply. You can reply HELP at anytime or learn more. You may opt-out anytime by replying STOP. 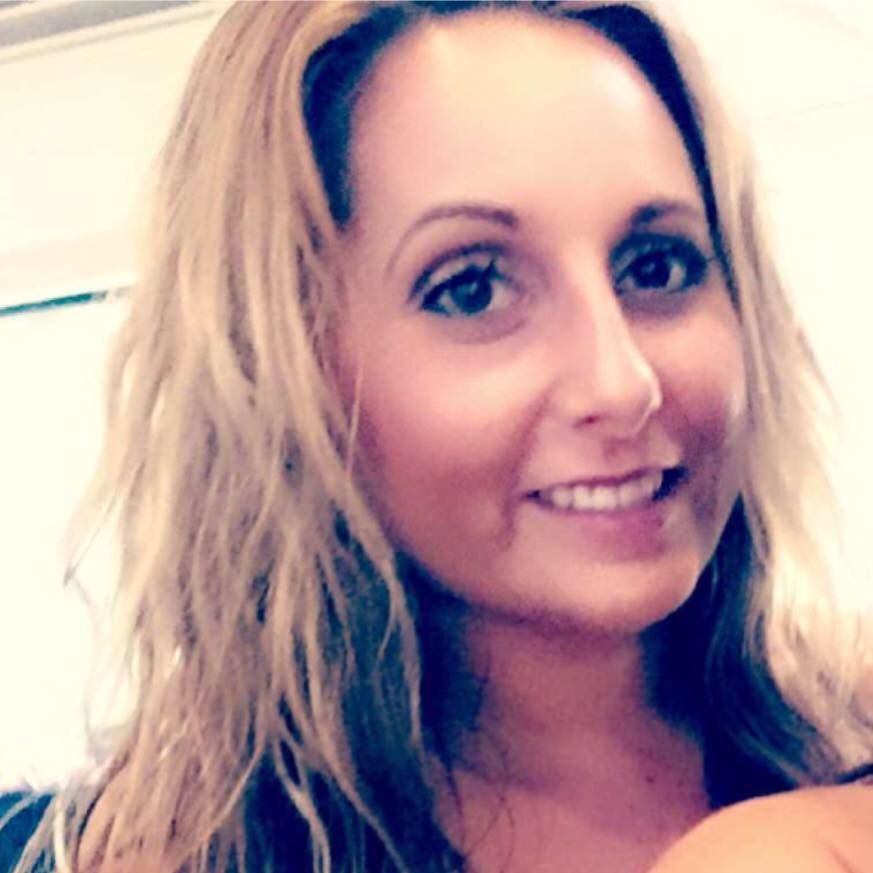 I took a kickboxing class and it was amazing. I was so pumped and ready to take on the day. Everyone was super nice and the routine was so much fun I would definitely recommend and be back for more!!! 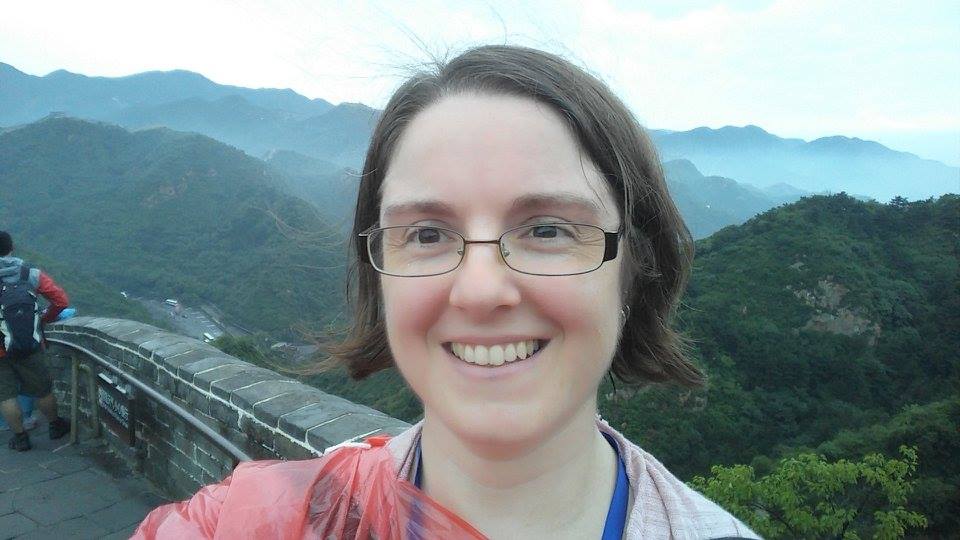 Great school! Adult kung fu classes are approachable for all levels. You will learn a lot and you will work hard. Sifu and your fellow students will help you to improve and you will make great friends. Kickboxing classes will also kick your butt. Women, train here, you are welcome at all classes and the atmosphere is friendly and supportive. 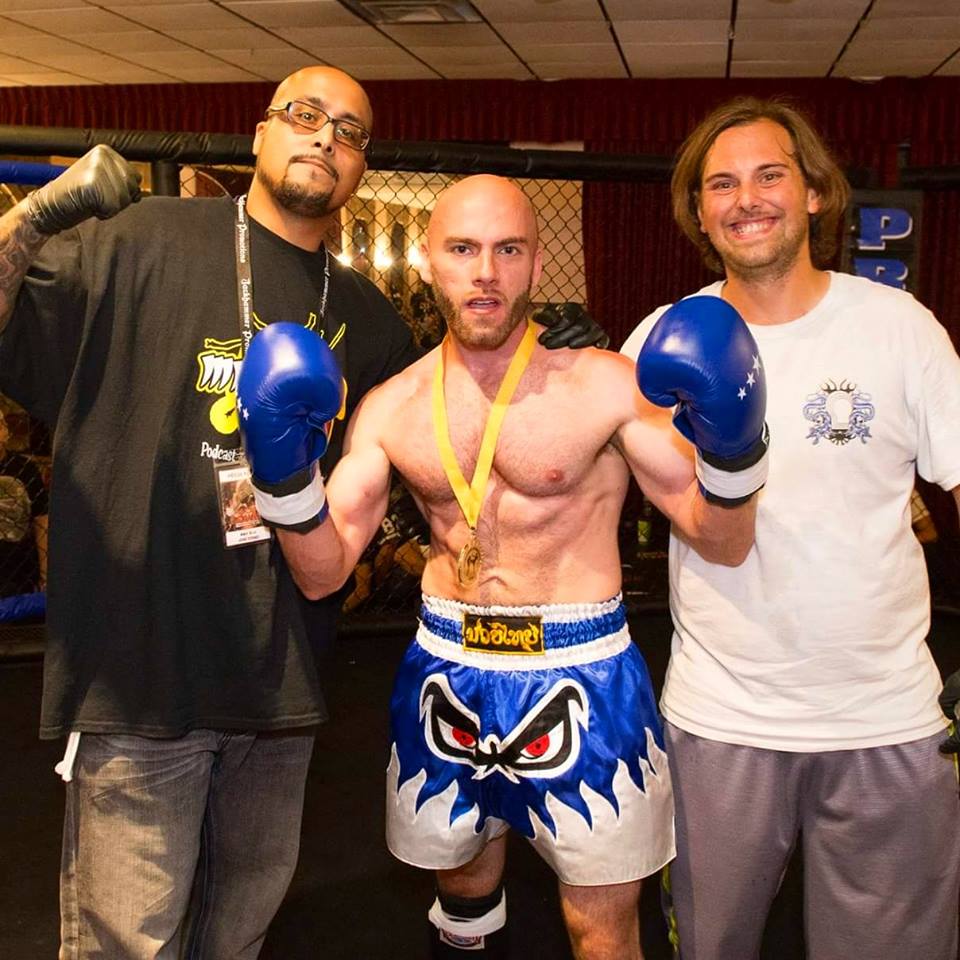 This has always been a home away from home! Very much a family, and I have been part of this system for 18 years! Great values, hard work, and many lessons to be learned every time, which I have taken with me in the ring, and in everyday life! 5 Star recommendation! 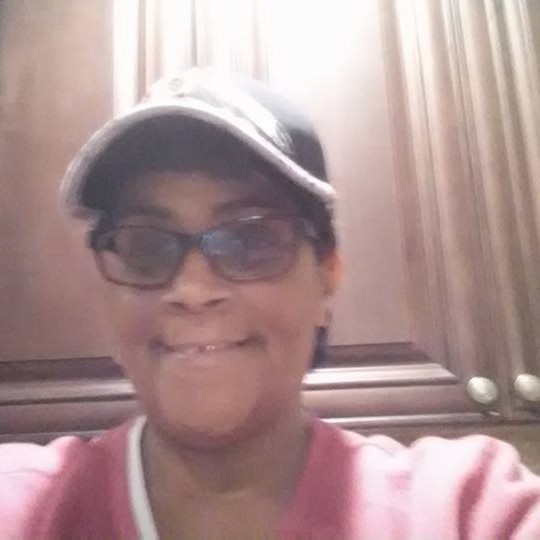 Fantastic staff !!!!!!!!!! Fantastic fun classes, they know you're name, they know how to make you work while you happily sweat toward a better you ! 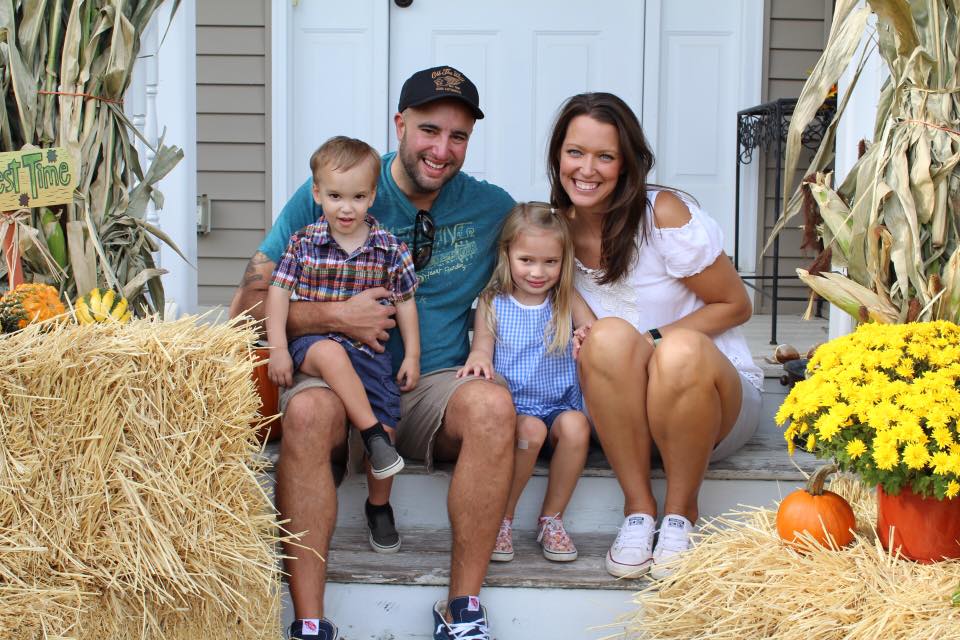 LOVE the kick boxing class! It is such a great work out and fun at the same time! I always feel great afterwards and can't wait to get back to the next class! 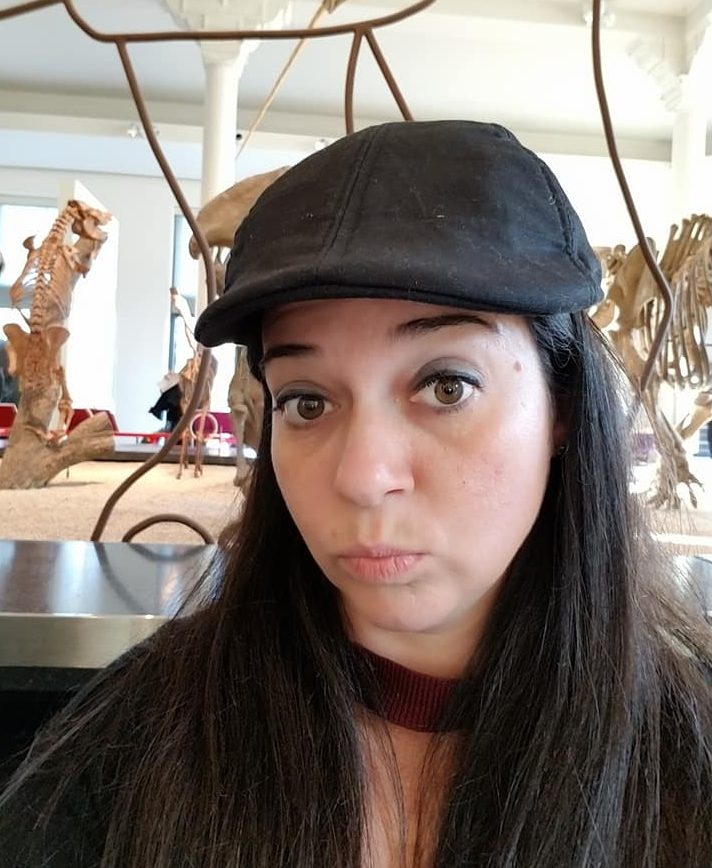 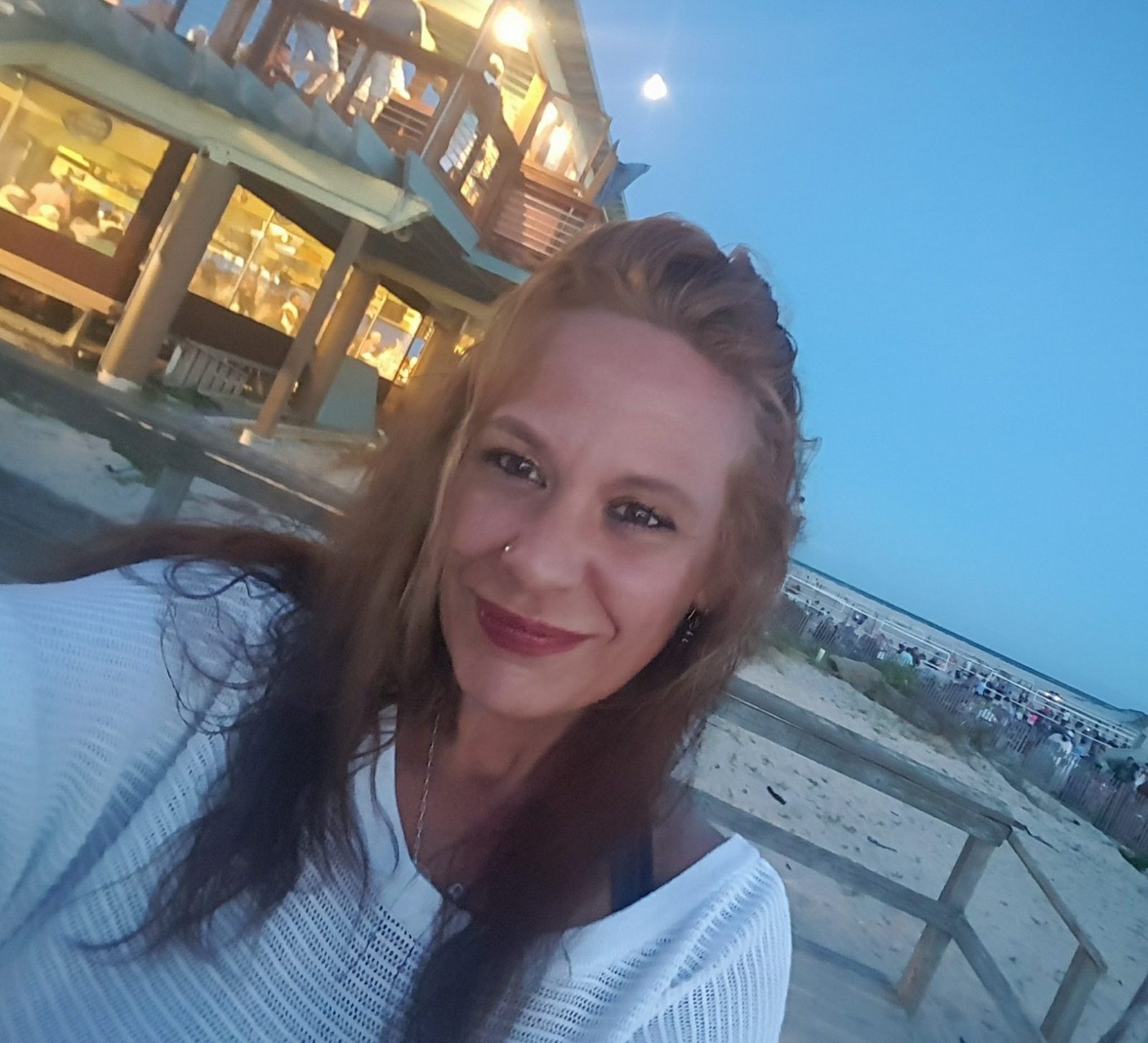 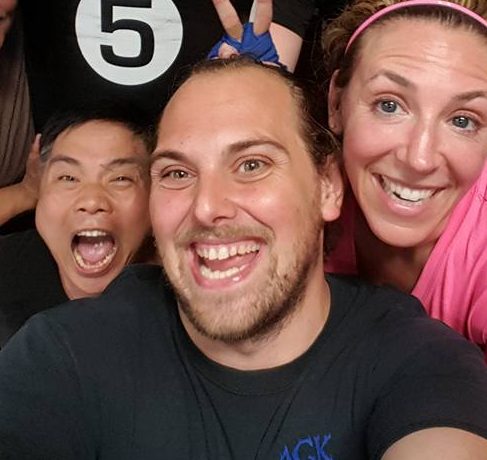 I wanted to make a change in my life. I was stagnant, not active and unhappy honestly. One day my brother and friend convinced me to take a class at 4gk. That was years ago and thousands of punches and kicks ago and I love it every bit now as I did that first class. The instructors are amazing, knowledgeable, and were always willing to work with me at my level. I've spent a lot of time here and find no matter how my day has been I can't help but smile when I walk through the 4gk doors. It's a great environment for people who want to challange themselves and grow and there is no place else I'd rather be 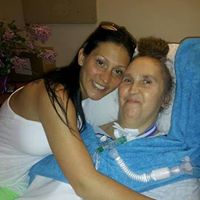 I absolutely love it there. Everyone is very welcoming and make you feel very comfortable. I've done kickboxing at several other place and all the people there were very clicky I am very comfortable here and would recommend it to everyone. 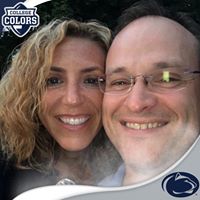 I love this place. Everyone is super friendly and makes you feel like a part of the family. I get constant encouragement to keep going. And when I had sprained my ankle and couldn't come for awhile, they worked with me financially and kept sending me encouraging messages to take it easy and get better. I get the best work outs and never any judgements. 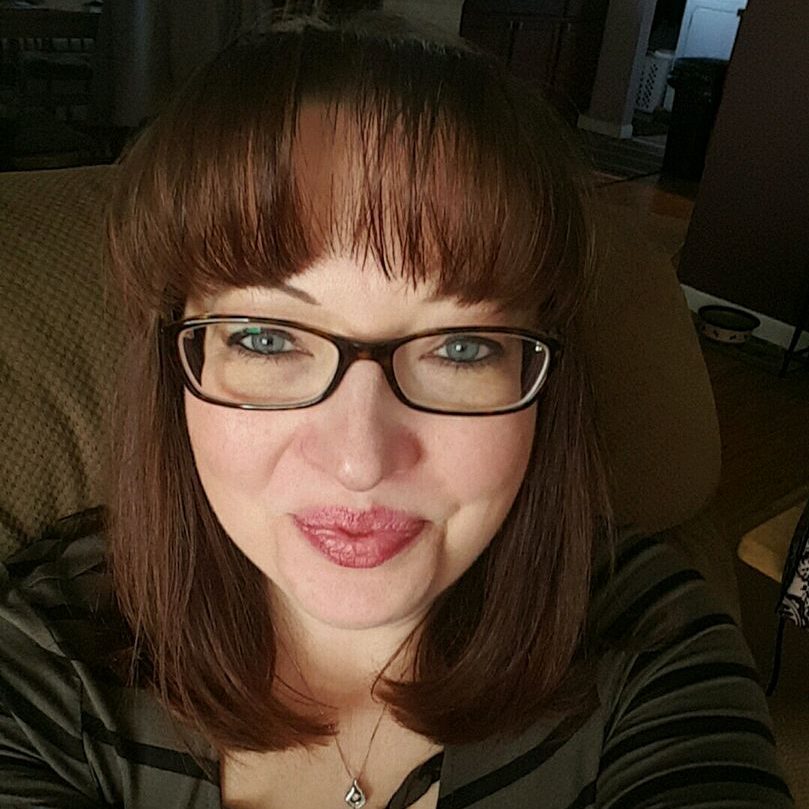 4GK is an awesome school. The entire staff treats you like family. I take the kickboxing and skillz fit classes. The encouragement and motivation you get from the instructors makes you feel like you can achieve your goals, do anything you want, even if your first instinct is to say no when they all you to do something. I accomplish something in every class and have learned to think yes I can instead of there is no way I can.... the instructors break things down so you can easily understand each move. Everyone is made to feel important and special in each class, no one is left out. I can't imagine going anywhere else. 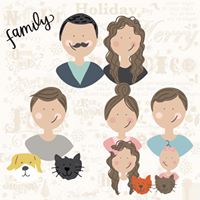 We just started the mini skillz program a couple of months ago. I admit, after being in the free play, no rules music program for the entire spring, my 2 yr old granddaughter was starting to rebel against listening. The first day of class I was almost in tears after five minutes when I realized how bad her behavior had gotten without structure. I'm so glad I stuck it out though. The second class was a joy, with her listening intently and using her brain. Miss Heidi has the patience of a saint. She is also on top of age appropriate skills and stresses them at each class. We've learned taking turns, following direction, jumping, kicking and punching, and many, many other useful things. She loves going to her class twice a week and I truly love taking her. I wouldn't hesitate to recommend these wonderful people and this fantastic school to anyone. 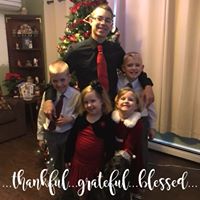 My two sons have been coming here since December 2016. They absolutely love it & have THRIVED since coming! The older one suffers from anxiety & general fear, he has since built up tremendous confidence & has learned to verbalize any issues he may be having. The younger one is a ball of energy that needed direction & a release, he has achieved focus & better listening skills. The staff is AMAZING! They are welcoming, accommodating & listen to any issues you have whether it be with them, the class or your children. I could go to any of them & speak with them about ANYTHING & feel very comfortable doing so. Si Fu teaches the class in a low-key, fun manner that has the children engaged AND having fun at the same time, it's not the typical militant style. We received a military discount since my husband is a former marine AND ... They run a monthly themed Parents Night Out that gives parents a break without their kids from 7:30-10:00! I am thrilled that we found them & highly suggest to anybody looking for a martial arts school to check them out! 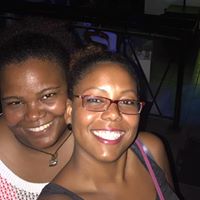 Great team! My daughter loves the school. She has learned so much since she started a year ago. I am so happy I found this place. I am so grateful for Ms. Heidi, Sifu Mike and all the team. Their love and dedication is shown in every class. Good job!! 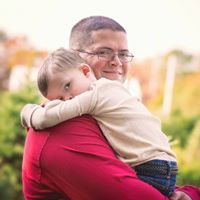 I highly recommend 4GK to anyone considering Martial Arts for their children or themselves. The staff has been doing an amazing job with my 4 year old son. He has a safe and fun outlet for some of his endless energy supply and the staff do a great job keeping all of the students involved, active, and engaged in the classes activities. My son loves it and looks forward to it every week! 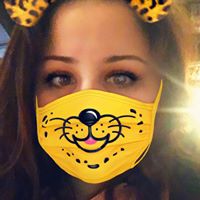 We just started a month ago and my kids are in love & can't get enough of it. Everyday they ask do they have class. Its great for all ages and I really like that they split them up. My daughter is 5 and is learning age appropriate skills while in the next class my 8 year is learning different things. The staff is super friendly and always accommodates our needs. I absolutely love the fun nights they do as well, the kids get to hang out & have fun while I get to relax a bit a home. Overall very satisfied with this program.

Request information today to learn more about our programs! Get Started Now

There is a certain feeling one gets from being a part of something larger than themselves. A buildup of tension in the chest, an indescribable rush that completes a person. That is pride, pride in oneself and pride in becoming one with an ideal or a place.

Martial Arts students take what they do very seriously, and they take where they do it even more so. The pride that students take in their school is a powerful thing. It can drive them to excellence in taking what they learn and applying it. It can also inspire the fiercest kind of loyalty and the cleanest floor you’ve ever seen.

Most students that attend a martial arts school have usually some common motivations for wanting to learn the art in the first place. Either they want to get into shape or learn to defend themselves or even just because it looked cool.

These starting reasons are fine and they are what give people the initial push to begin learning the art, but the interesting part comes shortly after they join and being training. There is a shift in attitude that occurs in the student’s mindset when they start to feel a sense of pride for where they train.

They start wanting to represent the school with the clothing they wear, the case on their phone, or decals on the car window. They want people to know that they practice a martial art and where they train.

This is only the beginning, however.

As they continue to train there is an increase in things students will do for their school. They tell people about the school, ask about the origin of their art, or try to attain a deeper understanding. They try to impress, they train harder and that motivation changes from, “I want to get in shape or learn how to defend myself,”  into “I want to be the best me I can be!”

The pride the students feel isn’t just reserved for the adult class either.  The younger pre-teens get this sparkle in their eyes whenever they get an opportunity to learn something new. This inspired pride and subsequent loyalty breed action by the students to help keep the place where they train in tip-top condition. Some students want to give back to their school, such as repainting the school or making art for promotional events and reminders.

Some students take pride in cleaning their training floor and school in general. Others, however, seek to do what has been done for them during their entire time training: teach the next generation of students who were just like them not too long ago; to pass on the knowledge of their teacher.

That feeling that a person gets from being a part of something to the point that they want to spread that ‘something’, tell everyone about it, and make sure that where they do it is the best it can be, that is pride. That feeling is irreplaceable and inspires so much more than clean floors and fit bodies.  It inspires loyalty to oneself, to the self-image one has crafted.

Robert J Kennedy III is a student at 4GK Martial Arts.  He is currently a Purple Belt and has joined the team as an instructor for the kids’ martial arts program.   Robert began his martial arts training at the age of 7 and continues to explore his art while committing to additional training to help him become a better teacher for those he now coaches.